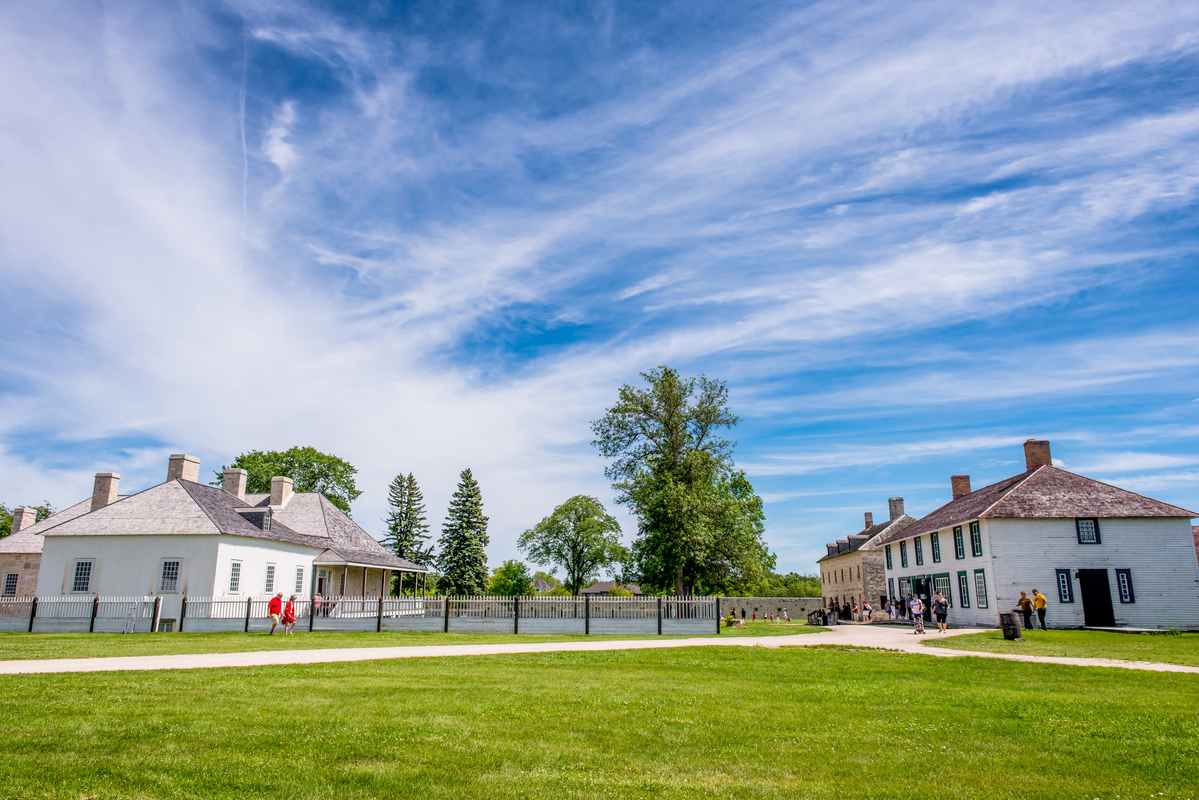 We are inviting Canadians and visitors to go on an excursion through the history of some of the fur trade posts that operated in what is now Canada from the early 17th century to the mid-20th century.

The trading posts, which were at the heart of the fur trade when North America was in a state of upheaval, were ideally located near prime fur trapping areas, such as the Hudson Bay watershed, and at the crossroads of trade routes between various Indigenous, Métis, and European communities. Places of diplomatic, commercial, social, and industrial activity, some trading posts later became great cities such as Ottawa, Winnipeg, and Edmonton.

In the Algonquin language, Obadjiwan refers to the narrowest point of the strait south of Lake Temiscamingue. The French authorities allowed a fur trade post to be built here in 1720. Fort Témiscamingue was built to take advantage of the prime fur trapping areas in the upper Outaouais and Hudson Bay watersheds to meet the demand in the “old country.” Merchants relied on the expertise of Indigenous communities, such as the Anishinaabe, who had established extensive communication and trade networks there for thousands of years. This small point of land, where giants of the fur trade such as the North, North West and Hudson’s Bay Companies were established, left a lasting mark on the history of the area.

Travel from post to post! Visit the permanent exhibition in person or virtually at Obadjiwan-Fort Témiscamingue National Historic Site.

What did a fur trade post look like? These trading places, generally built with local wood, have evolved according to the period, the territory and the communities that operated them. Comparable to a fortified household, fur trade posts often sheltered craftsmen, skilled workers, labourers, merchants and some families, among others. They could count gardens, stables, workshops, storehouses but, mostly, a building dedicated to administrative, trading and political activities where the manager lived and worked. Lower Fort Garry National Historic Site is a vivid example of these well-organized places.

Travel from post to post! During Historic Places Days, have a walk through history at Lower Fort Garry and dive into a 19th-century fur trade post.

The York boat was the workhorse of the Hudson’s Bay Company in the 19h century. On the Red River and its tributaries, it was quite common to see these robust wooden boats, led by half a dozen men, often Métis, carrying up to five tons of merchandise such as the precious furs.

Fur trade posts were not only in the fur trade business. Hudson’s Bay Company (HBC), for instance, has always been interested in diversifying. In the early days, many of its merchants experimented with whaling, mining, and timber. At Fort Langley, besides fur, HBC was dealing salted salmon mostly in Hawaii, cranberry in California, and, in 1858-59, they benefited from the Gold Rush when more than 30,000 miners arrived in the Fraser valley.

Travel from post to post! During Historic Places Days, visit Fort Langley National Historic Site and live the effervescence of the Canadian West Coast in a former fur trade post of the Hudson Bay Company in the 19th century