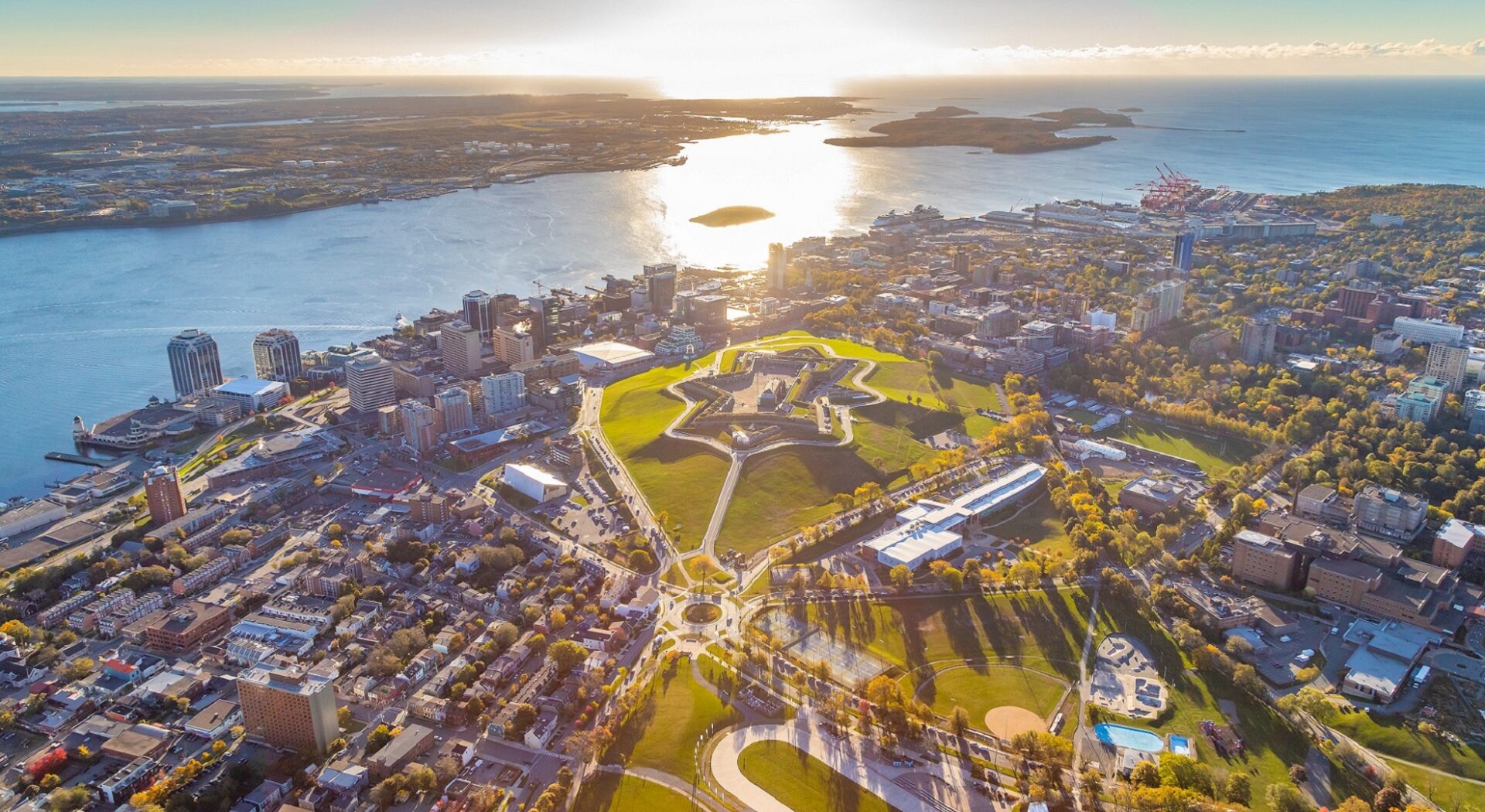 The Halifax Defence Complex consists of five national historic sites placed along the shores of the Halifax Harbour: The Halifax Citadel, Georges Island, Fort McNab, Prince of Wales Tower, and York Redoubt. These forts were crucial overseas naval stations for the British Empire that guarded the Harbour from the 18th century to the Second World War.

The Halifax Citadel National Historic Site, being at the heart of Halifax, is the hub for the defence system. Today, this historic fort offers a fascinating window into our colonial past. Spend time exploring the Halifax Citadel’s grounds and meticulously recreated period rooms, including the barracks, tailor shop and school. Even join the 78th Highlanders in their 1869 period uniforms for the day and see if you are up for the job of keeping Halifax safe from enemy attack. Heft a soldier’s knapsack in the barracks, stand in awe as the Royal Artillery command the firing of the noon gun, and ask a soldier what garrison life in the Halifax Citadel was really like.

In the mouth of the harbour sits Fort McNab National Historic Site which acted as a gatekeeper for naval vessels in and out of the harbour. This site is now one for the adventurers as visitors must sail over the harbour waters to visit the island and trek through trails and woods to uncover its history. Georges Island National Historic Site sits just off the waterfront and acted as the last defense to the Halifax Harbour. Georges Island is now open and accessible to visitors. The Prince of Wales Martello Tower sits at the southernmost tip of Halifax and protected the British sea batteries from landward attacks. Visitors can still see the tower and its fortifications as they stroll through Point Pleasant Park and see its ocean shoreline views. The last piece of the Halifax Defence Complex is the York Redoubt National Historic Site which made no mistake in choosing its strategic placement. This site has the best views of the mouth of the Halifax harbour, which makes this site and its upwards trails worth the trip. Ultimately, the Halifax Defence Complex played a crucial role in Canadian history, which is why Haligonians pride these sites and the history they have on display.

For more information on these National Historic Sites visit https://www.pc.gc.ca/en/voyage-travel/promotion/nouvelle-ecosse-nova-scotia

The Halifax Citadel’s star-shaped fortification sits atop an expansive hill looking over the city and is a must-see attraction and the star in the Halifax Defence Complex group of five! Today, you can step into the parade square and be welcomed by bagpipes and drums, 78thHighlanders, and members of the 3rdBrigade Royal Artillery. Four forts have stood ground in this very location, the last being the mightiest which continues to be preserved for future generations. Immerse yourself in 1869, explore the Army Museum’s expansive collections, or simply stop by for the iconic Noon Gun. There are endless ways to explore Halifax’s rich history in this fort.

(10-minute boat ride from Halifax) – Visit Georges Island National Historic Site in the heart of Halifax Harbour, the place the Mi’kmaq called Kjipuktuk or “The Great Harbour.” Enjoy scenic views from a new perspective and immerse yourself in the rich history of Halifax! Discover how this small island and its fortifications played a large role as a prison, as an internment camp for Acadians, in the development of Nova Scotia, and in the defence of Canada. Take a self-guided tour of the fort or a guided tour of the historic tunnels!

(12 km drive from downtown Halifax) – Step back in time to 1793 and discover York Redoubt, a key harbour entrance fortification that was operational through the Second World War. Sitting at the narrowest point of the outer Halifax Basin, this military fort was strategically placed to have a vantage point and sightlines of the Halifax harbour which makes it the perfect hiking destination with forested trails and breathtaking views of the ocean. Explore the interpretive panels, fortifications, and rifled muzzle loading guns scattered throughout the grounds.

(4 km drive from downtown Halifax) – Take a stroll through the vast trails in Point Pleasant Park and discover North America’s first Martello Tower built in the 1790s – in fact, it was one of the earliest Martello Towers in the British Empire. This tower served to protect British sea batteries from French landward attacks. Today the tower and nearby military fortifications can be explored with interpretive panels describing the site’s rich maritime history.

(20 to 30-minute boat ride from Halifax/10-minute boat ride from Eastern Passage) – Adventure over the Halifax Harbour and immerse in the vast fort that played a vital role in the Halifax Defense Complex. Fort McNab was strategically placed and acted as a gatekeeper to the Halifax Harbour up until it was decommissioned in 1959. This was the first fort in Halifax to have breech-loading artillery. Today, visitors can wander the trails and battered fortifications and uncover the deep history of the island for themselves. For information on how to get to McNabs Island, visit www.mcnabisland.ca