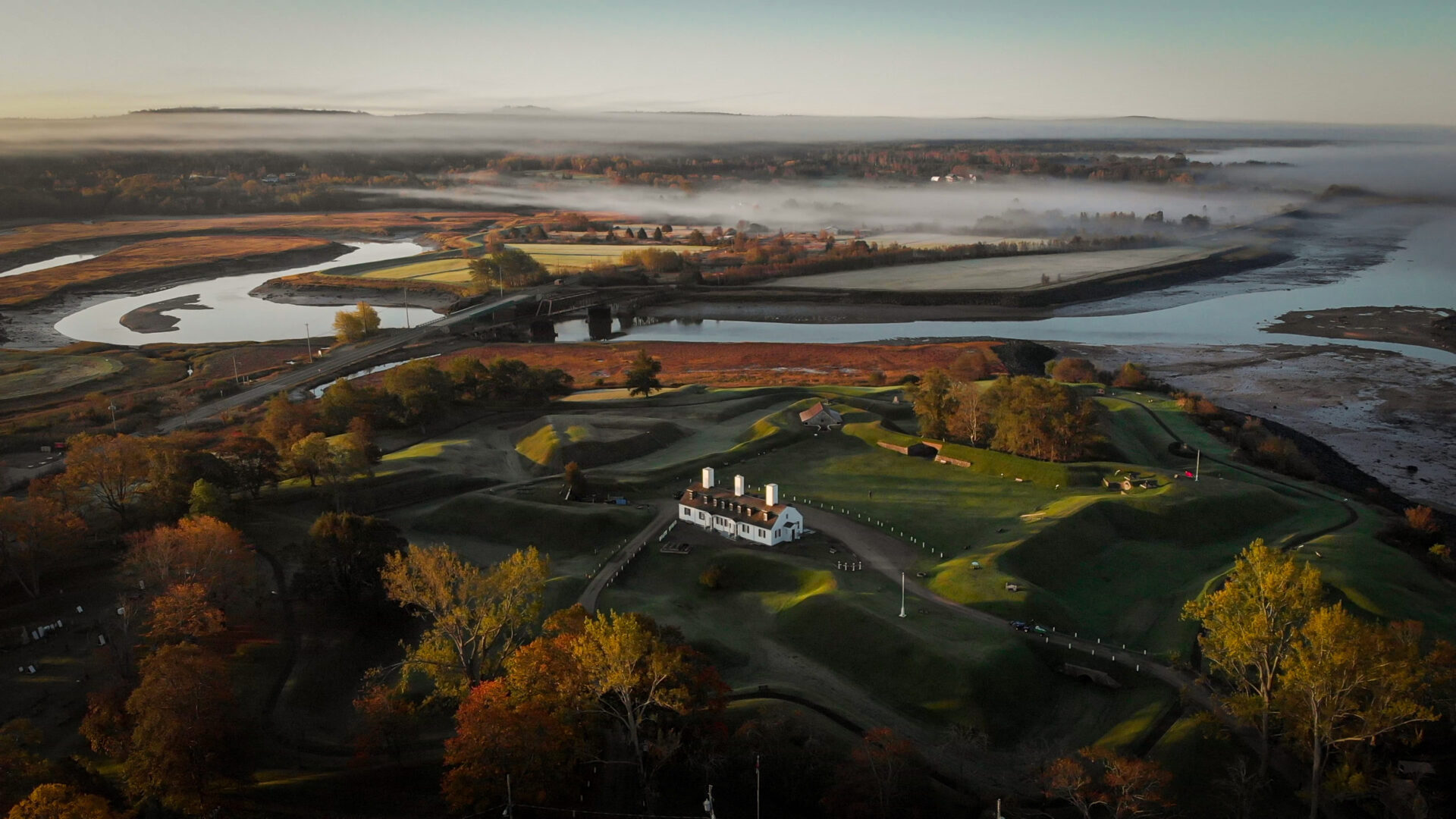 The Acadian story can be explored along the Fundy Basin coast as you explore several national historic sites including Fort Anne, Port-Royal, Fort Edward, and Grand-Pré.

In 1636, Charles de Menou D’Aulney having assumed command of Acadie, moved his base from LaHave to Port-Royal (today’s Annapolis Royal). The French settlers established a long-lasting alliance with the Mi’kmaq. They developed salt-marsh farming by creating a unique dyke system. Eventually, the people of Acadie developed an identity independent of France – they became Acadien. In the 1670s, they established settlements in the Chignecto region and in the 1680s at Grand Pré, Pisiquid, Cobequid, and other locations.

Port-Royal was the military centre and seat of government for Acadie. Typically, whenever war broke out between England & France, the Acadiens remained neutral. In 1710, at the final capture of Port-Royal, Acadie became the British territory of Nova and the capital renamed Annapolis Royal.  The matter of oaths was complex and was the central issue in the strained relationship between the British and the Acadians. In 1755, with war looming between France and Britain, the Acadians refused twice to swear to an unconditional oath of allegiance. The acting governor issues the deportation order. Buildings were burned, animals and crops seized. Between 12,000 and 14,000 Acadians were rounded up and crowded onto transport ships and deported to other British colonies. The Deportation lasted eight years and upon their return, they were forced to settle in scattered, marginal areas away from the fertile lands they had once farmed.

For more information on these National Historic Sites visit https://www.pc.gc.ca/en/voyage-travel/promotion/nouvelle-ecosse-nova-scotia

Take in the picturesque views of the Annapolis River on the Vauban-styled grounds while enjoying a Perfect Picnic Lunch. Next, wander into the fort’s museum, found within a 1797 Officers’ Quarters, and learn about this traditional homeland of the Mi’kmaq people and the struggle for power over the lands by the British and the French.

Visit this reconstructed wooden habitation established by French explorer Samuel de Champlain in 1605 on the traditional homeland of the Mi’kmaq. Costumed interpreters will animate history and you can learn about the cultural and historical ties between the French and the Mi’kmaq. Walk along the basin shorelines or interact with the living history in the habitation walls.

Step back in time to 1750 and discover North America’s oldest standing blockhouse. This military fort served to assert British rule and played a key role in the expulsion of Acadians from Nova Scotia. Take a stroll along the rolling grasslands surrounding Fort Edward National Historic Site or explore the blockhouse’s original graffiti and musket slits in the walls.

Take your picnic lunch to the Victorian Gardens that commemorate the heritage and deportation of the Acadian people. Next, take a guided tour through the Memorial Church and historic grounds to learn about the Acadian story and Évangéline, an Acadian heroine from an epic Longfellow poem.