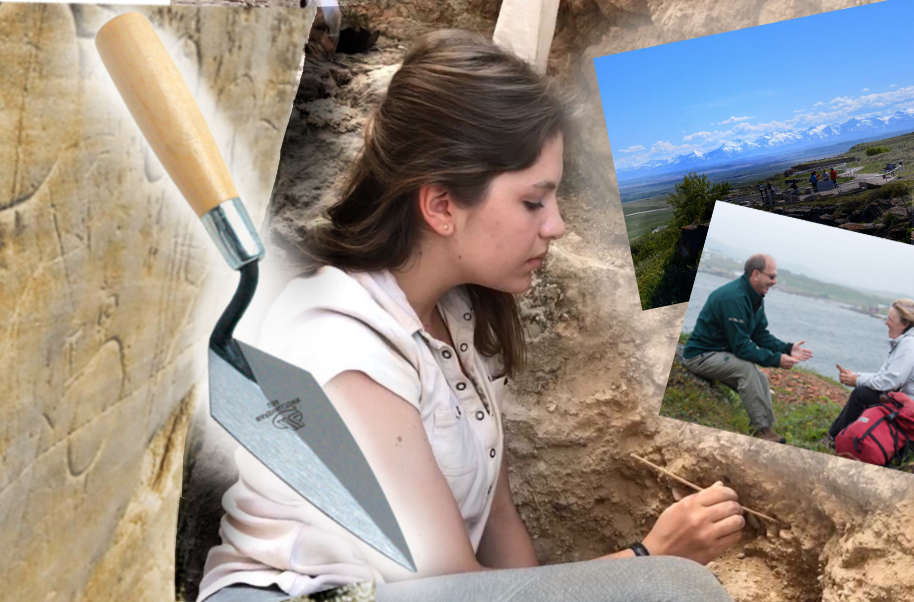 Archaeological sites can tell us a lot about the people who came before us and how they lived. My whole life, I’ve been fascinated with the remains left behind by ancient peoples, and by the mysteries that can be unravelled by studying these artifacts.

My first real experience with archaeology was in Spain, where I excavated a grave site at one of the region’s oldest castles.  Although we don’t have any ancient castles here in Canada, we have a rich and diverse history of habitation going back millennia. It is thought that humans first came to North America over the Bering land bridge that connected the continent with Siberia as long as 50,000 years ago. Blocked in by glaciers, they remained isolated in modern-day Alaska until the ice started to melt around 15,000 years ago, allowing the populations to move into Canada.

Today, archaeological evidence tells a rich story of Canada’s Indigenous populations, their movement around the vast expanse of Canada and the cultures they formed. It also tells the story of Viking and European arrival.

Here are a few sites that can help us understand the people who have made Canada home throughout history.

The writing carved into the stone at this site – recently made a Unesco World Heritage Site – contains evidence of human habitation from 4,500 years ago. It is considered sacred to the Blackfoot people, who today still celebrate this place through centuries-old traditions.

In my mind one of the most fascinating archaeological sites in all of Canada, this site shows evidence of over 6,000 years of indigenous hunting using the same cliff. So the story goes, a young boy was crushed by bison who had been chased off the cliff above, and was found with a deadly injury to the head – hence the name.

Archaeological remains at Kejimkujik show evidence of continued Mi’kmaq inhabitation for thousands of years, and perhaps up to 6,500, according to experts. The main find: stone-tipped tools carved from the region’s sedimentary rock, which archaeologists believe might have been made on-site.

This site shows evidence of pre-Columbian trans-oceanic contact. About 1000 years old, this evidence, partially in archaeological remains, tell the story of the coming of the Norse, who settled in Newfoundland and left behind everyday objects like knitting needles, a pin and a stone oil lamp.

Around 500 years ago, Basque fisherman came to Red Bay in Labrador and set up an industrial-size whaling station. They extracted the blubber, which they turned into oil for lamps and sold to Europeans, particularly the English. Archaeological remains of this European activity in Canada include shipwrecks, casks and navigational equipment.