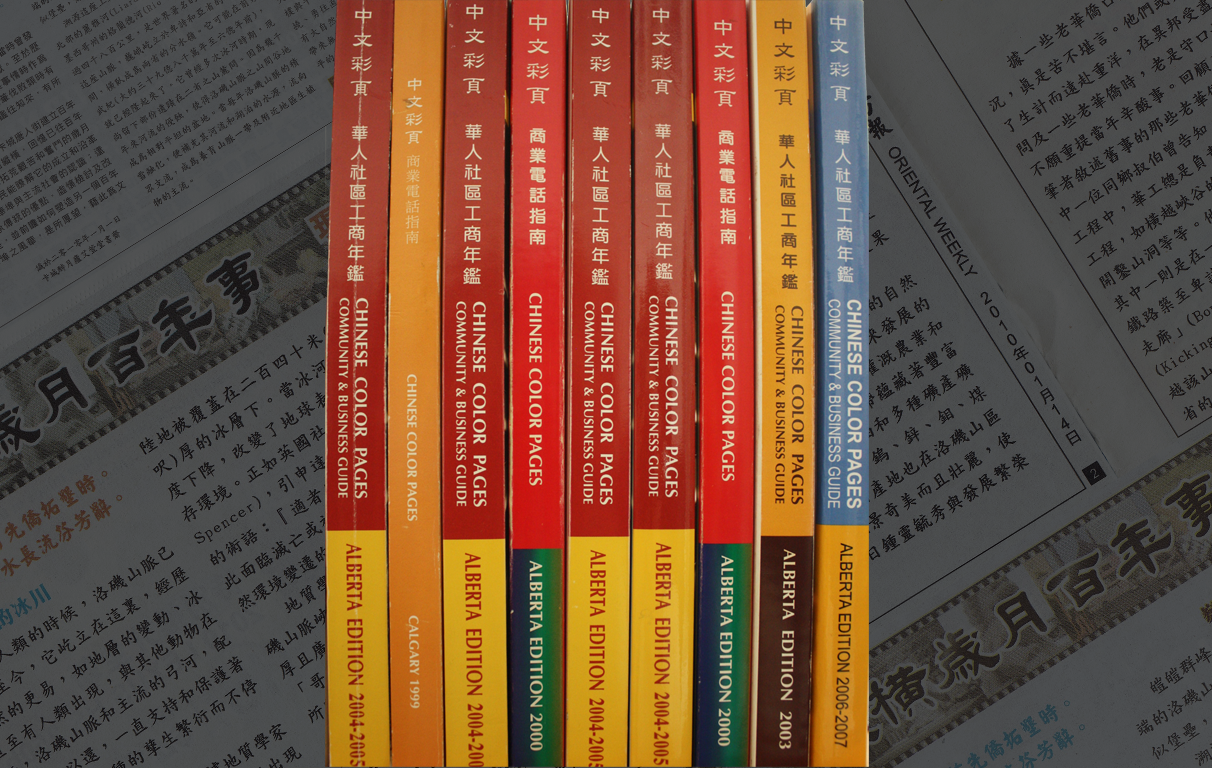 It is a first for local materials published in Chinese to be included in Calgary’s Story on Level 4, to be available to the general public as reference at the Central Library. Watch for the collection in the open stacks in 2023. It will help us share more southern Alberta history, Canadian history, and make it accessible to the broader community. Certainly a cause to celebrate!

I was interested in collecting Chinese and Western literature, historical books, newspapers and magazines and other cultural related publications since my teenage days. After 60 years, there have been roughly 3,000 volumes so far; but now that I am in my 70s, I feel that the Chinese books and periodicals that I have collected for decades could be given to my children, but don’t know how to read them, so they are unable to preserve these books. However, after the recommendation of my friend, Ms. Fung Ling Feimo, there are finally some weekly newspapers and year-round directories, which include local news and community activities, special features of people and organizations, and historical chronicles of Canada and Alberta related to the Chinese mainstream communities. Finally, they were accepted by the Calgary Public Library 2 days ago and they collected my “treasures” that included a full set of “Calgary Chinese Color Pages“, and the entire “Calgary Oriental Weekly” for several years. After they are sorted out by the Calgary Public Library, they will be placed in the library in the city center as reference materials.

The Canton Block serves as a symbol of the establishment of the current Chinatown in 1910.