Quietly, creatively, and with great dignity, the artists of the Nunavut community of Kinngait have produced print art and carvings that have captured the imagination of the international fine art community for over half a century.

While the excellence of the Kinngait art has been remarkably consistent, with each new catalogue of limited prints eagerly anticipated by collectors, galleries, and art aficionados worldwide, time has taken its toll on the tiny, ramshackle print shop, rendering it outdated and unsafe.

The Kenojuak Cultural Centre and Print Shop, which opened in September 2018, serves as a community centre, an exhibition space for Inuit art, and an art studio.

A gallery space is filled with carvings, drawings and prints. The Enchanted Owl print, from Kenojuak Ashevak, the famous Kinngait artist the centre is named after, hangs in the centre of the room. The centre covers over 10,000 square feet and includes a 400 square-foot space for elders. The centre also hosts artist residencies for artists from other communities.

Located on a small island on the western arm of Baffin Island, about 400 km west of Iqaluit, the hamlet of Kinngait is a small community. For centuries, Kinngait, formerly known as Cape Dorset, was a gathering place for the Inuit. As time went by, many people in the area were drawn toward the creation of art as a way of capturing the events of their lives.

Today, the community of about 1,000 is an active, busy, and remarkably independent town known as the “Hamlet of Kinngait.” The town boasts most of the amenities any small northern town needs to survive, from snowmobile repair shops to a local radio station. Kinngait is accessible by boat and by air, with a busy local airport served by both private and major commercial northern airlines.

But it’s the art that drives the local economy, and it’s the art and artists, sculptors and printmakers that attract increasing numbers of tourists who come by plane or off cruise ships each summer. Cultural tourism has now become an important new element of the community’s economy, as people from Europe, America, China and Japan discover the unique art and culture of Kinngait.

Notes from "Discovering history in Canada really is a moving target" 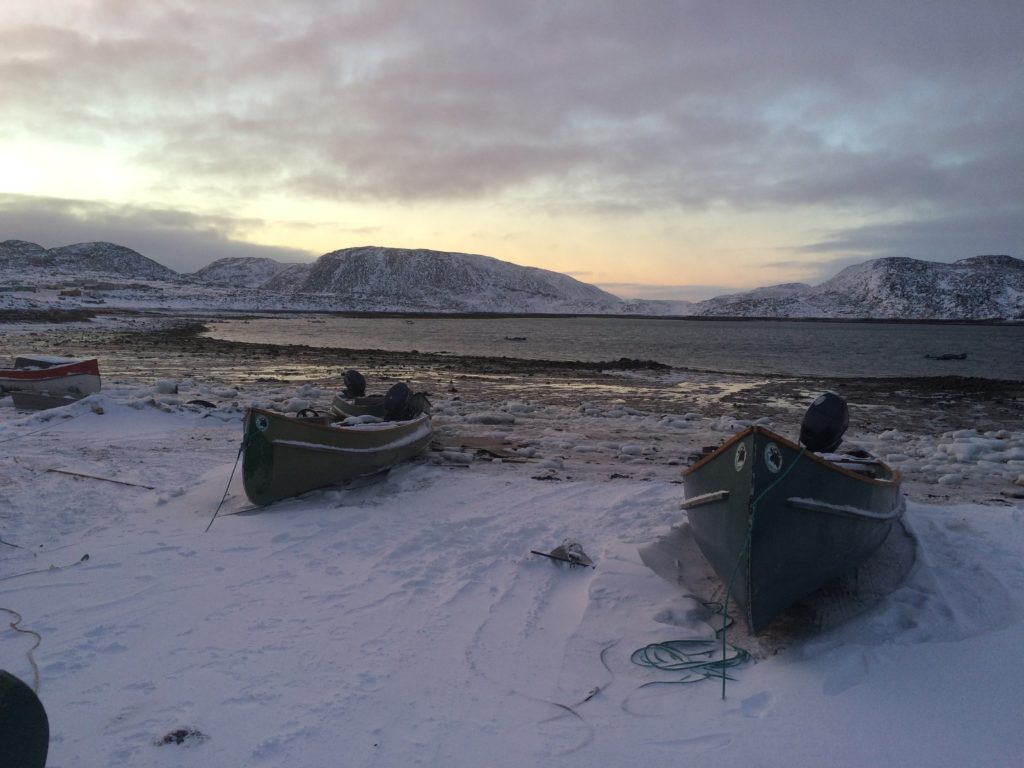 Cape Dorset, Nunavut is the home of some of the most ruggedly stunning views anywhere in the country – and also some of the most breathtaking Inuit art. Located on Dorset Island, 395 kms. Southwest of Iqaluit, the area has yielded artifacts indicating that it has been lived in for more than 1000 years by the Thule and Dorset cultures. While the traditional economy is built around hunting and sealing, many in the local, majority-Inuit population are artists.  The internationally-renowned artist Kenojuak Ashevak, subject of a 2016 Heritage Minute, did some of her most acclaimed work here and also helped establish the community’s thriving print shop. Ashevak died in 2013; her family remain very active within the community, and took part in the making of the Minute.

Gjoa Haven, Nunavut
The shipwrecks themselves are not yet publicly accessible as the Wrecks of HMS Erebus and
View Place | Get Directions

Ontario
“If you google Paris, images of the Eiffel Tower will show up,” says Reverend Canon No…
View Place | Get Directions

Discovering history in Canada really is a moving target

Toronto, Ontario to Cape Dorset, Nunavut 3 places
It’s all waiting for us – along with the lessons each can teach.
View VisitList

It’s all waiting for us – along with the lessons each can teach.