Dalnavert Museum and Visitors’ Centre is a national historic site that is one of the finest examples in Western Canada of Queen Anne Revival architecture. Built in 1895, it was home to former Manitoba premier Sir Hugh John Macdonald, the son of Sir John A. Macdonald, and his family. Now as a museum, it brings people together with history, culture, and much more. This summer visit Winnipeg’s early history through the lens of the 1919 Winnipeg General Strike. Our exhibit Strike 1919: Our Cause is Just is free and runs May through September 2019. 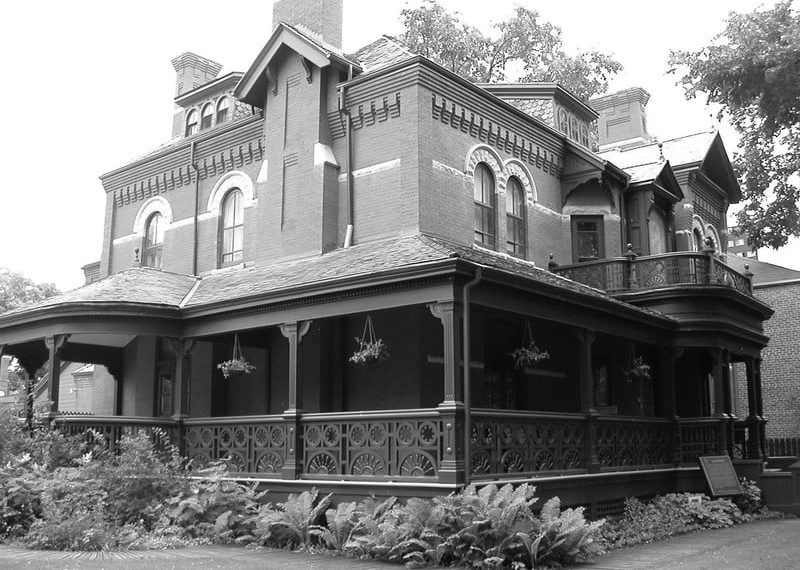 This Queen Anne Revival mansion was once home to former Manitoba premier, Police Magistrate and lawyer Sir Hugh John Macdonald and his family. Similar to other people in the Victorian era, the Macdonald family was fascinated by the paranormal. Ouija boards and methods of communicating with spirits were a popular post dinner parlour game. Surprisingly, Winnipeg was known as a hub of paranormal activity at the time the Macdonald’s were at Dalnavert. To this day Dalnavert hosts spiritualist and paranormal investigations the weeks leading up to Halloween and around Christmas. Are there ghosts in the mansion still trying the connect with the living? There have been reports throughout the years of mysterious footsteps on the floors above and the smell of flowers when there are none in the building.

Winnipeg, Manitoba
The 5th European trading post, at the junction of the Red & Assiniboine Rivers
View Place | Get Directions

Winnipeg, Manitoba
The Winnipeg Station was originally constructed in 1911 with a major renovation completed …
View Place | Get Directions

Winnipeg, Manitoba
At the place where generations of people have met for 6,000 years or more.
View Place | Get Directions

Via Rail Winnipeg train station and nearby places

Winnipeg, Manitoba 10 places
VIA Rail’s Winnipeg Union Station is located midway on its cross-Canada train journey, the Canadian (Toronto to Vancouver). Spend some time in this beautiful Beaux-Arts-style train station, which shares the same original architectural design firm as New York City’s Grand Central Terminal, and while you’re in the ‘Gateway to the West’, explore some of the […]
View VisitList

Winnipeg, Manitoba to Brandon, Manitoba 12 places
My Visit List is of the places that resonate with me and are a part of my family’s history
View VisitList