A Place That Matters To Me: Dawson City - Historic Places Days
Skip to content

A Place That Matters To Me: Dawson City

This post, written by Charlotte Gray, was initially published on the National Trust’s blog regeneration. Charlotte Gray is the author of 10 bestsellers about Canadian History and personalities. Her most recent book is The Promise of Canada: 150 Years — People And Ideas That Have Shaped Our Nation. She lives in Ottawa and is an adjunct research professor at Carleton University.

Dawson City never looks less lovely than in early April, as you travel over the pot-holed road from the airport. Ravens circle the town dump; dirty ice stretches in every direction; the sparse vegetation is scrubby and dark.

In 2008, I stared around me at these northern sights when I arrived, and my heart sank. The sound of the truck’s broken exhaust pipe filled an eerie vacuum of sound – no running water, no birds, no other traffic. A frozen landscape. I was going to spend three months here in Berton House, a literary retreat run by the Writers Trust of Canada. Would I last?

Once in town, I felt as though I was in an abandoned film set. False-fronted stores and bars with locked doors lined Front Street overlooking the frozen Yukon River. Missing planks in the uneven wooden sidewalks threatened to trip unwary newcomers like me. Slack-shouldered wooden houses leant against each other at crazy angles, thanks to a century of foundations sunk into melting permafrost. Berton House, the bungalow in which Pierre Berton spent his childhood, was a compact but comfortable bungalow, crouched against the grip of winter. The sky was grey.

Yet all my doubts dissolved within twenty-four hours. The following day the sun shone, causing crystals in the air to dance and softening the ice underfoot. Within a few days I was hearing the gurgle of ice melting, and the sounds of wrens and warblers… plus the insistent call of those ravens.  I discovered Bombay Peggy’s, a lively bar that boasted of its origins as a brothel during the 1890s Gold Rush. And I watched residents eyeing with caution the frozen surface of the Yukon as it became a tapestry of fluid blues, greens and blacks. In early May, a siren echoed through town as the ice suddenly shifted and the river began to flow. This was Ice Out, and Dawson City sprang into life. 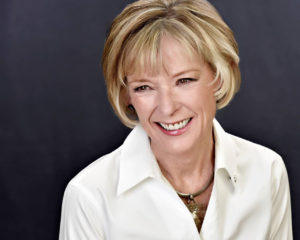 Heritage buildings, like the Grand Theatre and Diamond Tooth Gertie’s Dance Hall, got a fresh coat of paint. The congregation at St. Paul’s Anglican Church, which was built for $1500 in 1902, began to grow, particularly after an outsider arrived to play the creaky old organ. Chuck, I soon discovered, was also the musical director at Gertie’s, where he was drilling the can-can girls so they would be ready for the grand opening in late May. (“Can-can is not a dance,” he muttered to me. “It’s an Olympic sport.”) As snow-piles dissolved and roads turned to mud, the Front Street bars and gift shops unlocked their doors and a ferry began its summer duties criss-crossing the Yukon River. Costumed guides impersonated prospectors, dance hall girls, casino croupiers. Twice a day, a young man resplendent in shirtsleeves and vest recited “The Cremation of Sam McGee” outside Robert Service’s cabin.

Dawson City still had the air of a film set, but as the days stretched endlessly towards midnight and tourists flooded into town, it had become a character itself – a beat-up old ghost town replaying its glory days. It was a lot of fun to watch, and very hard to leave.

Charlotte Gray is the author of ten bestsellers about Canadian history and personalities. (Credit: Valberg Imaging)