Wood Buffalo is Canada’s largest national park, and the very embodiment of the space and wilderness that symbolize Northern Canada. Its 44,807 square kilometres include huge tracts of boreal forest and plains, and some of the largest undisturbed grass and sedge meadows left in North America. Those meadows sustain the largest free-roaming herd of bison, commonly known as buffalo, in the world.

Criterion (vii): The great concentrations of migratory wildlife are of world importance and the rare and superlative natural phenomena include a large inland delta, salt plains and gypsum karst that are equally internationally significant.

Criterion (ix): Wood Buffalo is the most ecologically complete and largest example of the entire Great Plains-Boreal grassland ecosystem of North America, the only place where the predator-prey relationship between wolves and wood bison has continued, unbroken, over time.

Criterion (x): Wood Buffalo contains the only breeding habitat in the world for the whooping crane, an endangered species brought back from the brink of extinction through careful management of the small number of breeding pairs in the park. The park’s size (4.5 million ha), complete ecosystems and protection are essential for in-situ conservation of the whooping crane.

Notes from "Frequencies of the Land: an Ancestral Invitation to meet the Land where it is in space and time" 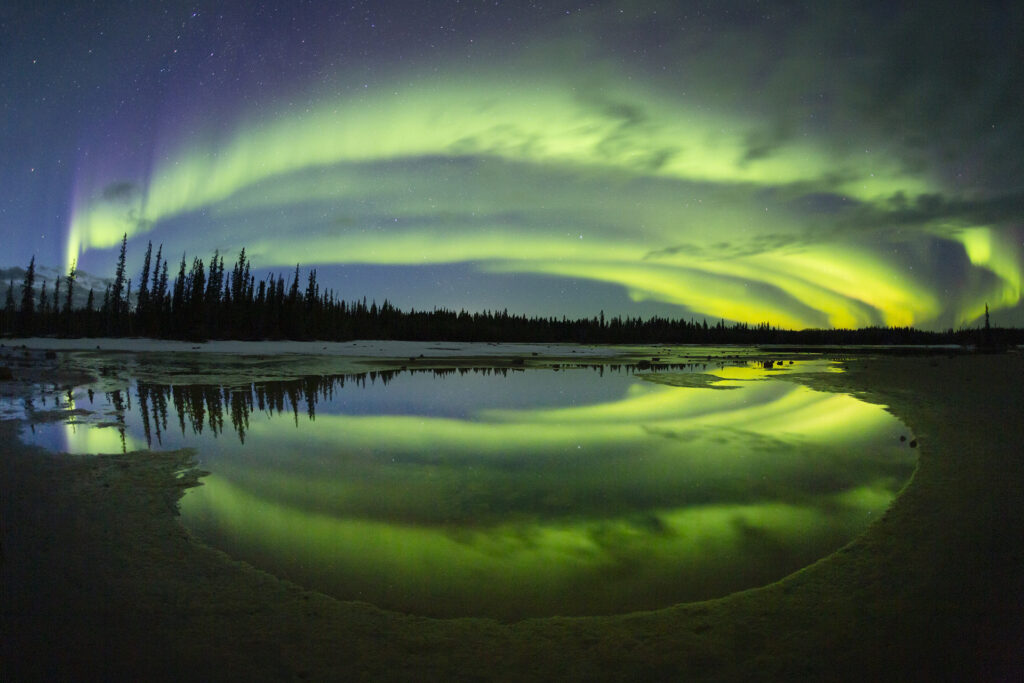 In Northern Alberta, in the ancient territory of the Dene and Cree is home to the largest National Park in the nation state of what we currently know as Canada. Home to thousands of free roaming bison, Wood Buffalo National Park is a place I have yet to visit, but I’d love to know more about the ancient Dene and Cree practices such as maintaining traditional trap lines, along with the ancient protocols in the spirit of the Athabasca, Slave and Peace Rivers. I can’t wait to visit.

Alberta
Beginning in 1911, black families from Oklahoma began moving to Canada in order to escape …
View Place | Get Directions